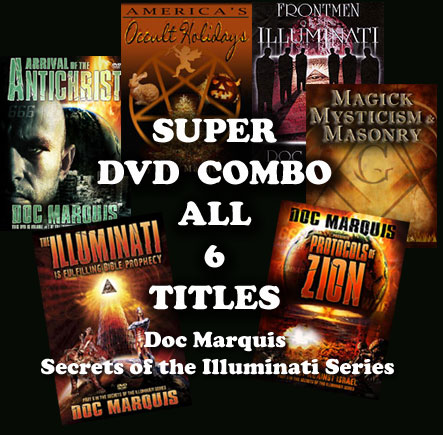 As we have previously studied, occultists worship the power they believe is contained within numbers. They further believe extra power can be obtained by the practice of Gematria. The New Age Dictionary defines Gematria as "the art of interpreting the names and attributes of God by letter and number. A=1; B=2, etc." In the instance below, certain powerful numbers are deliberately created to contain the New World Order message that the Illuminati wanted to secretly convey to Initiates in every age. Watch carefully as we decode the numbers of the date MDCCLXXVI and enlighten you as to the intended occult meaning. It is the core attribute of the New World Order.


The Gematria hidden within these numbers contain a very shocking message; yet, it is the core message of the entire New World Order Plan. The literal meaning of the message is presented below, followed by the more understandable translation.

Since we have triplicities of three (3) Beginnings, of Man, of God, of testimonies, followed by the magic number of 21 (3 x 7), here is the occult message:

"The year, 1776, is the Beginning year in which man is placed

above God through exceeding sinfulness of sin.

This is the testimony of the Masters of the Illuminati."

When you add the numbers above together, leaving out the zeros, you have 48 (6 x 8).

Back to Satanic Symbols