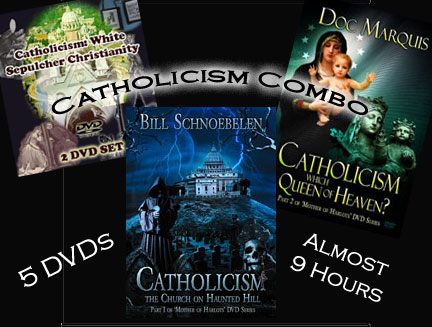 Why, oh why, has the Catholic priesthood been sexually molesting little boys, young women and married women for the past 1,000 years? The answer is simple: Roman Catholicism is NOT genuine Christianity, but a mixture of numerous pagan doctrines and practices, all of which lead to sexual deviancy.

Cutting Edge created each of these DVD's expressly to prove that Catholic priests are inherently sexual predators because of the systemic nature of the Church itself!

'Which Queen of Heaven' DVD proves that the very foundation of Catholicism is the Luciferian Babylonian Mysteries religion, which God cursed. 4 Hours Long

'Catholicism: White Sepulcher Christianity' DVD dramatizes the reality that the Pope has always had a powerful demon whispering in his ear, a being Satanists call 'National Overlord'. Once you understand this truth, you will comprehend the true nature of the Catholic Church. 4 Hours Long

'Catholicism: Church On Haunted Hill' DVD provides the final answer as to why Catholic priests are so sexually deviant. One of their doctrines taught priests is the 'Unforgiveable Sin'. Once a person has committed this sin, they are no longer constrained by the Holy Spirit; they can become as vile and sinful as the human heart is capable of becoming. 2 Hours Long (Matt 12:31)

SAVE $37 over buying these DVD's separately. These DVD's offer 10 hours of dynamic teaching!

I. President Obama has authorized the killing of American citizens by drones!

NEWS BRIEF: "Congress gets Obama data on use of drones to execute American citizens in the war on terrorism", The Washington Post, February 6, 2013

"With the fate of his pick to head the CIA in danger, President Obama reversed course Wednesday night and released to Congress the classified legal advice that the Justice Department has given the White House on using drones to execute American citizens in the war on terrorism."

Note that this memo is talking about murdering American citizens overseas as U.S. forces pursue them in our shadowy "war on terrorism". What is the big deal, you might ask? American citizens overseas have always still been granted "Due Process", whereby the Government must prove in a court of law that they have solid evidence by which they can prove their allegation.

But, in this military "War On Terror", the Government can kill its citizens without warning, without allegations, without charges, and certainly without the citizen being able to defend himself against these charges. And, if this doomed American citizen is at home with his children and his wife, they die too -- even though the Government may have no evidence against them whatsoever.

What makes this scenario so frightening is that this same "War Logic" can be applied someday to Americans living on our soil. All the Government has to do is to declare that "al-Qaeda" is now operating on American soil and then declare after the fact that every citizen they kill was a "Domestic Terrorist" supporting al-Qaeda.

If the Federal Government can kill American citizens anywhere in the world without granting them "Due Process", they can kill Americans at home without due process. This development brings the Illuminati's "Hand of Madness" Absolute Dictatorship" much closer to home.

II. The struggle to outlaw and then seize guns from individual citizens continues to falter, thanks, in no small part, to a Texas woman who turned the tables on the Democrats, using the issue of Feminine Rights against them!

We can only say, "Bravo", Gayle Trotter, who truly deserves a medal.

"... the Washington, D.C., lawyer stole the show at last week’s Senate gun hearings, stunning liberals by asserting that gun control is, in essence, sexist. Calling guns 'the great equalizer', Trotter said women need firearms to protect themselves against male attackers. 'An assault weapon in the hands of a young woman defending her babies in her home becomes a defense weapon', Trotter said. 'And the peace of mind she has…knowing she has a scary-looking gun gives her more courage when she’s fighting hardened violent criminals'.”

Mrs. Trotter should know all about violence and home intrusion, since she lives in Washington, D.C., a city which boasts one of the highest rates of violent crime in the nation, even though its gun laws are among the most strict. This smart lawyer deliberately framed the debate her way, declaring that owning a gun is a "woman's rights" issue. She knew that the Liberals trying to seize citizen's guns were also very strong supporters of "women's rights".

OK, declared Mrs. Trotter, gun ownership is a "woman's rights" issue! And, the way in which she framed this position was unassailable to her opponents.

"But it’s the way she’s framed the gun debate as a women’s issue that’s brought Trotter the greatest notoriety in recent days. And it’s lumped her in with an increasingly vocal contingent of pro-gun women in the debate. That group includes Marion Hammer and Sandra Froman, both past presidents of the NRA. According to the NRA, participation in the group’s Women on Target instructional shooting program increased by 26 percent between 2011 and 2012."

Gayle Trotter also cannot be dismissed as a "no-nothing" gun advocate freak; her credentials are powerful. She is:

* a mother of six

* a partner in the law firm she and her father built

* a senior fellow at the Independent Women’s Forum

Furthermore, her argument cannot be assailed by any person who carefully thinks the matter through. Think of the scenario where a diminutive 110 pound mother is suddenly aware that her home has been invaded by a 300 pound man. This massive intruder may intend to rob the house and then murder the mother and each of her precious children. How can such a small mother defend herself and her children against such a physically large man?

The answer according to Gayle Trotter is a gun, the 'Great Equalizer for Women"! But, Gayle does not advocate owning any gun for such protection; she advocates owning an assault rifle! Way to go, Mrs. Trotter. Her enemies are stunned by Gayle's testimony and predictably assailed her views; but, in the depths of these opponent's hearts and minds, especially the women, they know how defenseless they would be against such an intruder.

The Liberals are also having a tough time against one of their own, Liberal Democrat Joe Biden, Vice President under President Obama. Joe Biden said that the best weapon to defend against a home invader is a shotgun! Did you hear this story?

"Are you looking into buying an assault weapon for protection after a devastating natural disaster (or the coming Zombie Apocalypse) plunges society into deadly anarchy? You’ve got it all wrong, Vice President Joe Biden said Thursday: Get yourself a shotgun ... A shotgun will keep you a lot safer, a double-barreled shotgun, than the assault weapon in somebody’s hands [who] doesn’t know how to use it, even one who does know how to use it,” the outspoken vice president, a shotgun owner himself, replied. “It’s harder to use an assault weapon to hit something than it is a shotgun. You want to keep people away in an earthquake? Buy some shotgun shells.”.

You also might want to invest in a shotgun that holds multiple shells, just in case you are up against more than one intruder or if your first shot does not kill or incapacitate!

Liberal gun control advocates really have "no leg to stand on" in this issue. Not only does gun seizure make citizens more vulnerable to criminal assault, but even Liberals like Joe Biden own guns because they know the truth: "More Guns Equals Less Crime", John R. Lott, Jr., Author, University of Chicago Press, 1998.

Best Values On The Net Select From 105 Titles! 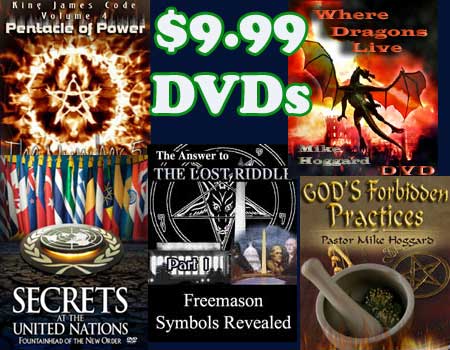 66% to 75% Discounts Off Selected DVD Titles

Variety is good; price is EXCELLENT! 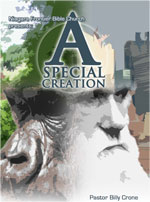 The world is growing crazy and getting more so by the minute. Crime rates have skyrocketed and moral filth is on the rise. Even though this is something we're all quite aware of, what most of us do not realize is that the cause of this destructive behavior stems from evolutionary teachings! You see, what a person believes determines how they behave. So if we teach our kids that they supposedly came from an ape, then why are we surprised when they act like apes? Therefore, A Special Creation takes a look at not only the Scriptural facts, but the hardcore facts of science, reason, and logic to dispel this lie that we evolved from the goo, to the zoo, to me and you! You will explore such lies as: