The battle for America's soul, her "Life, Liberty and the Pursuit of Happiness" is now beginning! ">

Title: Hillary Clinton Plans To Surrender American Sovereignty to the North American Union Within Her First 100 Days in the White House

Subtitle: Supernation #1 is planned to be formed by the next President! 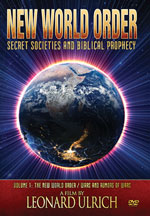 "... an examination of Clinton’s campaign promises reveals that Republicans who are willing to thwart Trump in favor of Clinton will be complicit in electing a President who would seek to bring about the complete and, possibly irreversible, dissolution of our nation’s borders. A review of Clinton’s stated positions on the issue suggests she is perhaps the most extreme candidate on immigration ever to run for the office of the U.S. Presidency. Her views place her even further outside the mainstream of the American electorate than President Barack Obama, who systematically dismantled U.S. immigration law during his two terms in office."

What are the key elements of this "Open Border Plan" that Hillary plans to enact within her first 100 Days?

While Clinton is pushing for immigration policies that would expand migration rates, polls show that the American electorate overwhelming wants immigration levels to be frozen or reduced—including 92% of the GOP electorate and 83% of the American electorate overall. In the realm of the Elite vs American citizens, the Elite cares not one whit what the citizens want ... Women oppose Clinton’s plan to bring more than 100,000 refugees from the Middle East by a remarkable 21-to-1 margin, with 84 percent opposing and four percent supporting. 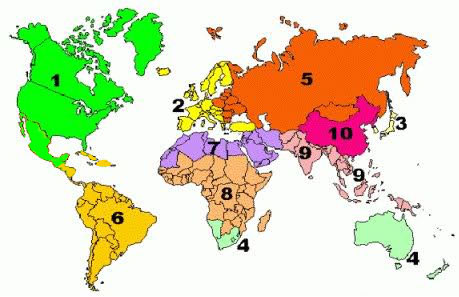 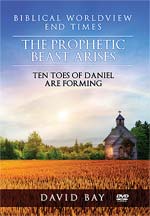 Is it possible that the creation of Supernation #1 -- the North American Union -- can be created virtually overnight by Executive Order?

Can the proud, sovereign history of the 50-state union come to an end so abruptly and so ignominiously? You see, in this Club of Rome Plan shown to the left, outlining the reach of each of the 10 Supernations, each individual country will have to surrender her individual sovereignty, bowing allegiance to the Regional Government.

Thus, Canada relinquishes her sovereignty to the North American Union.

The United States of America surrenders to the North American Union.

Struggling Mexico resigns her sovereignty to the North American Union.

Hillary Clinton's plan as here outlined might possibly accomplish this goal very rapidly. Whereas President George W. Bush had to commit 150,000 soldiers to take down Saddam Hussein and force him to abandon his national sovereignty, Americans may wake up one morning to find tanks in our streets, Army soldiers manning checkpoints, and President Hillary Clinton announcing that, from this moment on, the United States, Canada and Mexico are dissolved and she is the new leader in a mighty nation called the North American Union.

Naturally, at this point, this plan is only a proposal from Hillary Clinton. It will spark enormous debate and Donald Trump will oppose it with all his strength and campaign cunning. This campaign debate will likely rage according to the insidious Six Step Attitudinal Change Plan, also known as the Dialectic Struggle. What is this Six Step Change Plan?

Step 3. But, the VERY FACT that such a thing could be publicly debated becomes the SUBJECT

This insidious method of changing the deeply-held attitudes of people is being successfully directed toward the American population as a whole. Millions of people are experiencing attitudinal changes on a wide variety of subjects today. This attitudinal change is essential to achieving the New World Order.

Hillary Clinton sparked Step #1 with her plan to dissolve our borders and declare all citizens from the Arctic to Guatemala to be North American Citizens.

As Trump and Hillary fight this political battle throughout the 2016 Campaign, you will see the remainder of this Six Step Attitudinal Change Plan unfold. Genuine Conservatives must rally against Hillary for her bold public stance to dissolve the United States of America and surrender her National Sovereignty so that the Club of Rome global 10-Nation New World Order Plan can be realized. Conservatives must figure out whom they can trust and rally rapidly. However, they must choose wisely, because most Republican leaders, even "Conservatives" are as sold out to this New World Order, secretly if not publicly.

Do you remember the recent disaster regarding GOP House Speaker Paul Ryan? He uttered brave fighting words against President Obama and his budget, but as the hours ticked down to the deadline, Speaker Ryan suddenly collapsed his position and ended up giving the White House nearly everything they wanted. Conservative anger was instant and briefly hot against Ryan, but very shortly, business was back to usual. Paul Ryan even had the gall to make a slight effort to run for President! In our new Headline News Article, NEWS2555, entitled, "2016 Election Special Report: Not a dime's worth of difference"!, we inform you that, for at least the past 100 years, leaders of both Republican and Democrat Parties are equally committed to this coming global system of Antichrist (New World Order). We provided historical instances where leadership of a party suddenly collapsed their opposition on an issue and supported the other party, even to the dismay of their most ardent followers.

Donald Trump has now earned enough delegates to win the Republican nomination of the First Ballot. He should unify the GOP and begin his crusade against a weakened Hillary Clinton. However, should he win the election, we should not assume that he will shut down the North American Union, and preserve our Sovereignty. Last week, Trump was reminded of the 2008-2009 housing burst, where he said that, as a global businessman, he could make a lot of mony off a housing collapse/ Well, as a global businessman, Trump could make a lot of money from a North American Union (NAU)!

Trump might continue the support of the White House for the NAU, either because of his profit instincts or because he is secretly as committed to the global system known on the back on the American One Dollar Bill as "NOVUS ORDO SECLORUM", the Kingdom of Antichrist. If Trump does suddenly switch his position, he will be the ultimate example of a politican about whom we will say, there is " Not a dime's worth of difference"!

With all my heart, I hope this scenario does not occur, but as a pragmatic Conservative, I realize it could happen.

Hillary's strong stand on this issue proves her allegiance to the Global Elite without doubt. This issue may galvanize Conservatives so greatly that Hillary might go down to defeat at the polls come November, especially if she is further weakened by other issues, like Bill's history as a sexual predator, or her email scandal or any number of minor issues.

But, this story is one of those defining moments in the prophetic picture, because this issue will create Supernation #1 of the Club of Rome Plan. Christians should "look up" at this news, because Supernation #1 must be established if Daniel 2:40-45, 7:7-8 and Revelation 17:12, 17, are to be fulfilled! Hillary's plan advances the world's prophetic clock mightily. Are you spiritually ready? Is your family? Are you adequately protecting your loved ones? This is the reason for this ministry, to enable you to first understand the peril facing you, and then help you develop strategies to warn and protect your loved ones. Once you have been thoroughly trained, you can also use your knowledge as a means to open the door of discussion with an unsaved person. I have been able to use it many times, and have seen people come to Jesus Christ as a result. These perilous times are also a time when we can reach many souls for Jesus Christ, making an eternal difference.

Copyright © 2010 Cutting Edge Ministries. All rights reserved. This password protected article and its contents are protected under the copyright laws of the United States and other countries. This article is provided by subscription only for use by the subscriber and all other rights are expressly reserved by the copyright owner. Copying and pasting this article, in whole or in part, into e-mails or as attachments to e-mails or posting it on the Internet is strictly prohibited and may subject the offender to civil liability and severe criminal penalties (Title 17, United States Code, section 501 and 506).