Title:  Surprise! Surprise! Many of President Obama's Policies Will Be IDENTICAL To Bush's!

Subtitle: There is truly "not a dime's worth of difference between the Republican and Democrat Parties"!

Once it became clear that Obama could very well "win" the Presidency, Conservatives/Christians flew into a complete fit! I heard laments like "God help us if Obama wins". Or, I heard, "Obama will be the most Liberal President on record".

The reality -- like always -- may lie in exactly the opposite direction!

It may take a while for the true reality to set in, but the fact is that many of Obama's policies are going to be virtually IDENTICAL to George Bush's. But, why should we be surprised, for the historic truth is that President Bush stated in a 2000 Campaign debate with Al Gore that, domestically, there was hardly any difference between his policies and those of Al Gore. And, sure enough, in the eight years of a Bush Presidency, this "Conservative", "Christian" President enacted a number of the Gore policies, enough so that Rush Limbaugh exploded in anger one day, calling Bush "George W. Al Gore"!

Now, let us examine the ways which are obvious right now in which President Obama may pursue policies which are identical to those of his predecessor, President Bush. You may be surprised, but at least you will be forewarned!

Did you catch that phrase from McCain's Republican adviser?

While many observers have commented during the campaign that a President Obama would serve the "second term of Jimmy Carter", the reality is that this journalist, above, makes the case that Obama will really follow the policies of George W. Bush so carefully that historians will consider his first term to be "Bush's third term"! Let us now get into specifics.

Conservatives have always believed that the Federal Government should live within its means and should offer balanced budgets. However, President Bush ran such massive budget deficits as to take the breath away from every Conservative voter! As a President Obama begins his socialist agenda, and as he continues to complete the transition to a Fascist Economy, we can expect equally massive deficits. As we shall show in a later article, "Conservative" President Bush enacted the boldest "Socialist" plan ever conceived to bail out key banking and insurance companies and then he guided Congress to codify this massive change in law.

Now, "Conservative" Bush can hand the entire process seamlessly over to the Obama Administration!

2) "... there's plenty of evidence to suggest Obama will do a far better Bush impersonation than even Bush himself, assuming he's inaugurated next January. In fact, the Illinois senator's proximity group and voting record paint a much different picture of the presumptive Democratic nominee than the one portrayed in the media."

At this point, this author lists that "much different picture" as the Obama Presidency unfolds.

3) "Obama's presidential campaign is supported by corporate lobbyists and investment banks tied to the market speculation of oil prices."

This fact is distressing, as Americans are just now getting used to gas retailing for less than $4 a gallon! Certainly, Democrats have traditionally advocated high oil prices as the best way to force Americans to accept dramatic changes in the economy. Do not be surprised to see oil prices going back up after Obama's stimulus plan is seen as working to revive the economy.

As Cutting Edge pointed out months ago, this candidate for "change" is backed by the same forces which have backed previous Presidents from Bush back to Jimmy Carter (Read full details in NEWS2267, entitled, "Senator Obama Has Strong Ties To Illuminati - Communist Illuminati At That!"

You can expect a President Obama to follow the policies set down by the Illuminati which swept him into power. Doubt it not!

4) "Obama's economic advisers come from the University of Chicago, where the Milton Friedman/Alan Greenspan model of free markets run amuck is paving the way for an age of neo-feudalism."

The key quote here is: "... Obama's choice of advisors suggests no real policy shift from the past eight years."

During the campaign, Obama's top economic adviser was Alan Goolsby, a Skull & Bones adept. (NEWS2267) Therefore, you can expect that Obama will follow the same path toward a government-regulated economy as Bush followed. In fact, we shall soon post an article which shows that only a "Conservative" President like Bush could begin the transition to a Fascist Economy; then, he shall seamlessly pass the baton off to the more "Liberal" President Obama on January 20. 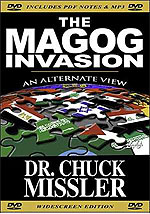 5) "Obama has interviewed two Republicans to serve as secretary of defense and secretary of state in his administration, if elected."

Rumor has it that Obama will ask Robert Gates to stay on as Defense Secretary. If that occurs, an attack on Iran becomes ever more remote, as CFR Gates has always strongly opposed an Iran attack. We have recently posted an article giving another reason there will be no attack on Iran. Please take a few moments to read NEWS2318, "Iranian President Ahmadinejad Revealed To Be A Freemason! Another Reason That Iran Will NOT Be Invaded or Attacked!"

Events of the past five years have proven the wisdom of our insistence that this threat of war against Iran is simply and only a fulfillment of Jesus' prophecy that at the End of the Age, "Rumors of War" will become so pronounced as to be considered a "sign of the times". That time has most definitely arrived since the attacks of 9/11; further, the Iran war threat has become the greatest "Rumor of War". As we have long stated, the Ezekiel 38-39 prophecy protects Iran from being attacked now, and it protects the reputation of the Russian military.

Even though Obama has regurgitated the Illuminati mantra about the threat to the world of a nuclear-armed Iran, there will not NO attack on Iran during an Obama Presidency. Please take a few moments to read our archived article on this most important subject, NEWS2120, "Nuclear-Armed Iran vs Nuclear-Armed America: Whom Should The World Fear?"

6) "Obama has been linked to war profiteering."

This point is somewhat hard to swallow, so let us go to this featured article for details.

"his long-time benefactor Tony Rezko is close friends with two Iraqi exiles tied to U.S. foreign policy. The website Rezko Watch has tracked the rap sheets for this triumvarite in great detail over the last several months. In particular, Aiham Alsammarae was appointed as Iraq's Minister of Electricity by the Coalition Provisional Authority in 2003 and soon afterward signed a contract with Rezko to build a power plant in Iraqi Kurdistan. Like many other exiles appointed by L. Paul Bremer , Alsammarae is now accused of stealing $650 million reconstruction aid. Thanks to Blackwater's help, he made an Al Capone-style escape from a Baghdad jail in late 2006. Lucky thing,too, because the former minister and current fugitive was back in Illinois in time to donate $2,300 online to the senator's presidential campaign."

7) "Obama has promised to expand Bush's controversial 'faith-based initiative', which funnels millions of tax dollars each year to religious organizations, some of whom oppose civil rights."

Shortly after he assumed office in 2001, President Bush proposed his "faith-based initiative", and Cutting Edge posted an article which has stood the test of time. It is NEWS1465, entitled, "President Bush's Plan To Dole Out Federal Money To Faith-Based Ministries Is A Trojan Horse Threat To Weaken And Destroy True Churches".

"Setting aside an earlier commitment to filibuster revisions to the 1978 FISA Act, Obama reversed course right after the last primary election and supported the so-called compromise that strips many safeguards from the original legislation. The new measure grants immunity to Telecom companies and legalizes the eavesdropping activities conducted by the Bush Administration since 2001 ... Alon correspondent Glenn Greenwald exposed Obama's policy reversal for the sellout that it was when he wrote on June 21st, "What had been a vicious assault on our Constitution, and corrupt complicity to conceal Bush lawbreaking, magically and instantaneously transformed into a perfectly understandable position, even a shrewd and commendable decision, that we should not only accept, but be grateful for as undertaken by Obama for our Own Good."

Make no mistake: As President, Barack Hussein Obama will continue to pursue the Illuminati script placed daily in his hands. The emphasis now will shift to domestic policies and away from Foreign Affairs.

A President Obama will continue to pursue the Illuminati Plan of creating a global government, global economy and a global religion so that a global Masonic Christ can arise on the world scene. God's prophetic march toward the fulfillment of Revelation 6:1-2 will continue.