Title: Never, ever before in history has a RESPECTED Expert speaking from a RESPECTED forum advocated that the U.N. start implementing the draconian Biodiversity Treaty in California.

Subtitle: Using extreme drought as the excuse, millions of American citizens are to be FORCED to move to a designated Settlement Area! This program was supposed to wait until the Masonic Christ was ruling from Brussels.

Therefore, this story is one of the most important "timing" stories of the past 2,000 years! Antichrist is close enough to appearing that his people are preparing the world for a program designed to occur well into the planned reign of Antichrist.

Unbelievably, a program which the Illuminati plans for the second portion of the reign of their Masonic Christ -- Antichrist -- is now so close to implementation that the Elite has now started their Mind Control Propaganda Campaign to sell the idea to a people who will be very resistant.

What program of which I am speaking? Please examine the map of the United States, below. This map is "Simulated Reserve a nd Corridor System To Protect Biodiversity", by the U.N.

This plan in America is called the "Rewilding" of America. This term means to re-wild this continent. In other words, they plan to sweep aside all evidences of human endeavor, i.e., homes, businesses, structures, entire cities, allowing the land to go back to its natural state, before the wicked White Man took the land from the Native Americans (Indians). Using Presidential Directive, normally exercised through various Federal Government agencies, this "rewilding" project will be accomplished by declaring huge tracts of land completely off limits to humans. These tracts of land would be called 'reserves'. Reserves would "include wilderness areas and national parks while inner buffer zones would permit no agriculture, no more than 0.5 miles of road per square mile of land, primitive camping, and only light selection harvesting of forests. The June 25, 1993, issue of Science magazine reports that the plan calls for 23.4% of the land to be put into wilderness (no human use) and 26.2% into corridors and human buffer zones (very limited use by humans)." [Op. Cit., Brannan, p. 2.]

We used some terms in the above quote that need to be defined.

* RED - 'Wilderness area' is defined as the habitat of plants and animals. All human activity is to be forbidden.

* YELLOW - 'Buffer Zones' are those areas surrounding the wilderness areas. Limited and strictly controlled, only access is to be permitted by humans. No organized activity, such as work, or homes, or cities, will be allowed. Knowing how dictatorial government works, any humans allowed to be in these Buffer Zones will probably have to be given special permits. And, of course, paramilitary forces will undoubtedly have to be patrolling these zones, enforcing the limited human access.

* BLUE -- Normal Use, 'Cooperation Zones' are the only zones where humans will be allowed to live, and presumably, work normally.

But, how can this plan, extreme as it is, be implemented without arousing a population which still has the opportunity to vote? If the American people truly understood the gravity of the situation facing them, they would immediately vote the current rascals out, and elect officials not associated with this New World Order Plan!

The answer, apparently, is beginning to unfold in our Daily News! Using the proven long-term propaganda campaign, as we describe in our DVD, above, "Invisible, Invincible Mind Control: YOU Are The Target", a RESPECTED UNITED NATIONS OFFICIAL SPEAKING FROM A RESPECTED FORUM, declared that the extreme California drought could force some American citizens to live elsewhere.

What, you say, no one is going to force me to move out of my Private Property where I have sunk my life savings, and move somewhere else "approved" by the Government. Yes, welcome to the New World Order where the right to own private property is now conditional and not absolute. During the Bill Clinton Administration, that change occurred and was not noticed by very many people. 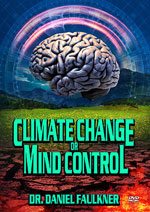 NEWS BRIEF: "UN Expert: We Might Have To Migrate People Out Of California If Drought Continues", Business Insider, August 5, 2015

"A United Nations climate change expert said that if California's severe drought continues, eventually, the U.S. might have to migrate people out of California ... More than half of California is currently seeing "exceptional drought" conditions. Wildfires have been ravaging the state. And water is running low. The drought is "the greatest water loss ever seen" in the state, and had already cost the state $2.2 billion."

In devising his "answer" to this contrived water disaster, this so-called Climate Change Expert draws upon mankind's history for a solution.

" 'Civilizations in the past have had to migrate out of areas of drought', said Lynn Wilson, who serves on the U.N.'s climate change delegation, told CNBC. 'We may have to migrate people out of California'." Of course, this is a last-resort option and isn't likely to happen anytime soon. But Wilson said migration "can't be taken off the table."

This startling statement is designed only to "give birth" to the Six-Step Mind Control process, as we describe in our "Mind Control" DVD, above. What are these six steps toward changing the minds and attitudes of an entire population? This is how this insidious plan works:

Step 3. But, the VERY FACT that such a thing could be publicly debated becomes the SUBJECT of the debate.

Can you see how Step 1 was fulfilled as this RESPECTED expert speaking in a RESPECTED forum advanced an idea " so offensive that it can scarcely be discussed in public"? This type of announcement will have to be repeated over and over again, and be taken up by elected officials, before the rest of the 6-step program can be fully implemented.

People will soon be "shocked, then outraged". Once you see shock and outrage coming from ordinary citizens, you can know for sure that this invisible Mind Control program is working.

One day, in the near future, Antichrist is planned to step to a podium to announce that all nations of the world must immediately begin implementing this "Simulated Reserve and Corridor System". But, the timing of this announcement is supposed to be after Antichrist has served his first 7 years ruling from Jerusalem as he "takes care of the Jewish problem". Then, Antichrist will move his headquarters to Brussels, where he will serve the rest of his 1,000-Year Reign.

Since Antichrist has not yet arisen, since the 10-Nation Reorganization has not been finished, we know that mankind has at least 7-10 years left before this reorganization is completed. Only then will prophecy (Daniel 7:7-8) allow Antichrist to arise. Then, the Plan calls for Antichrist to be tied up for 7 more years in Jerusalem, giving us a total of may 17 years before he can possibly begin his "Population Control" plan which includes this Corridor and Reserve System.

Therefore, the Elite must believe it may take up to 20 years, plus the appearance of Antichrist, plus the World War III that produced him, to convince people to give up their private property and move to a place where the Federal Government has decided they can live.

Truly, these momentous events demonstrate to Bible believing Christians that the End of the Age draws every closer.

Copyright © 2014 Cutting Edge Ministries. All rights reserved. This password protected article and its contents are protected under the copyright laws of the United States and other countries. This article is provided by subscription only for use by the subscriber and all other rights are expressly reserved by the copyright owner. Copying and pasting this article, in whole or in part, into e-mails or as attachments to e-mails or posting it on the Internet is strictly prohibited and may subject the offender to civil liability and severe criminal penalties (Title 17, United States Code, section 501 and 506).